A tribute to the “Rocket Man”

Uniquely entertaining and so much more than simply a “look-a-like” novelty act, this show joyfully re-creates the magical “spirit” of Elton John and his music.

For millions of us, Elton’s Grammy-award winning songs have formed a part of the soundtrack of our lives over the changing decades. Together with his flamboyant style and dynamic performances, he has become a legend in the world of pop music.

The show covers 4 decades of incredible music, from the 70’s up to the present day, featuring many of Elton’s greatest hits; from the timeless Your Song and rockers like SaturdayNight’s All Right for Fighting , through I’m Still Standing and Can you feel the love tonight? , to the latest tunes from The Captain & the Kid hit album.

The Elton Show captures the essence of Elton John and together with his live band and backing singers, when C.J. sings you would think it was Elton himself!

But don’t just take our word for it. Back in 1984 C.J. was personally invited to Elton’s Milan shows at the Teatro-Tenda Palatrussardi. Whilst waiting for the limousines in the hotel lobby together with Elton & the Band, C.J. sat down at the grand piano and started playing around with bits and pieces of some of Elton’s songs. After hearing the young C.J. Marvin’s impromptu performance, Elton remarked: “You are the best me I ever heard!”

The Elton Show is a spectacularly entertaining evening and an affectionate salute to the music and energy of the Rocket Man .

For an unforgettable event, join in the celebration of one of the most iconic and most beloved artists in the world. 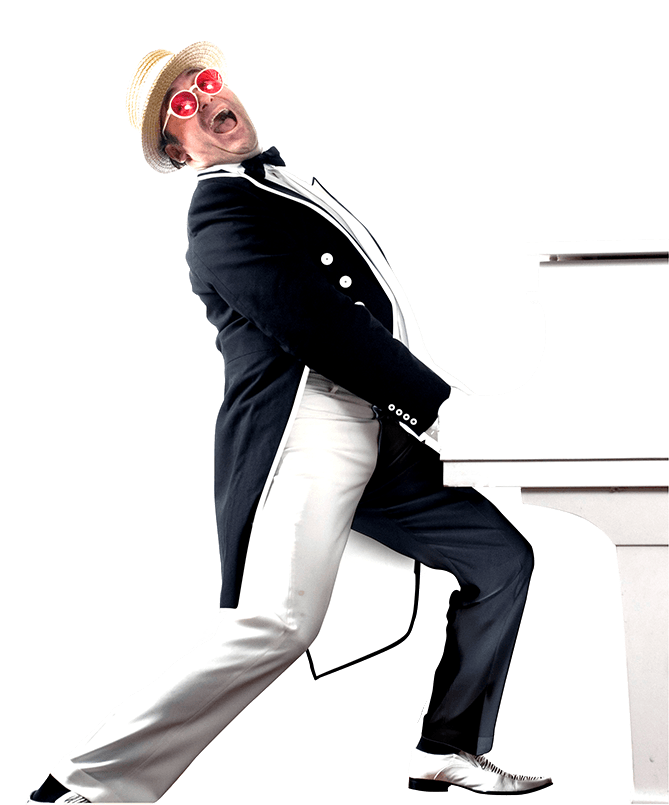